This review of Propinquity by John Macgregor first appeared on www.Bookpleasures. com  I have added some comments to the original here because I do not have the space constraints.

For centuries the Monks of Joseph of Arimathea guarded a secret – The Holy Grail is in their possession, but it is not a vessel. It is, instead, a discipline of the spirit – one that enables those who undertake the study of it to attain gnosis, “enlightenment, the absorption into God,” and “. . . the aim of human life.”

Gnosis is carried forward from the time of Christ by masters who attain the visionary state. They become the teachers for anyone who chooses the path.

In time, the church condemns Gnosis. Its followers are persecuted. The Order of Joseph of Arimathea dies out, and the Holy Grail, as gnosis, vanishes – or so most believe.

John Macgregor’s novel, Propinquity, first published in 1986 but rereleased in 2013, challenges the legendary view of The Holy Grail. The last known master of gnosis is Berengaria, wife of Richard I of England. Berengaria is buried deep below the Thames in a tomb with a temperature near freezing. Her interment is known only to two people on earth – Samantha Goode and her father, Dean of Westminster Abbey. 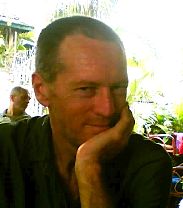 Macgregor takes perhaps too much time introducing this premise to his mystery. The book opens with Clive Lean narrating. A student in prep school with all its trappings – chums, pranks, disdain for adults – Lean’s narrative is so well done that the reader can be excused for thinking the book is an entertaining coming-of-age novel. The prep school mates go off to college, most into studies in the medical specialties.

Lean’s college work is interrupted when his father dies and he inherits the family business. Never excited about a career in medicine, he leaves school and takes over his father’s company despite, as he acknowledges, “Factories had always intimidated me: too much life and not enough soul.” When the business fails, Lean sells his shares in a legally suspect transaction and heads for England to resume his medical studies.

At Oxford, he meets Samantha Goode, and she shares the secret of Berengaria with him. They visit Berengaria’s tomb. The cold conditions have preserved her body almost as if she were asleep. Lean pledges to keep Berengaria’s secret but divulges it to his school chums. They want to see Berengaria also.

Further visits, conducted surreptitiously, lead the merry band of intellectuals to consider the possibility that Berengaria is not dead, but in a drug induced suspended state. If she can be revived, of course, then a gnosis master walks the earth again and can instruct others in how to attain enlightenment. The prospect is too exciting to ignore.

Macgregor is a masterful writer. His prose moves with an elegant, engaging cadence. As an Australian, he treats the reader to a down-under view of the world that is laced with wit and cynicism. As Lean’s good friend Lake laments,

About the United States, he muses, 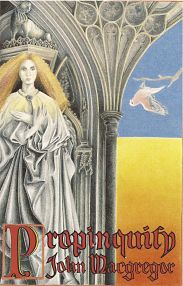 “Successive American Presidents have failed to grasp one fact: if they helped the developing socialist countries (instead of trying to shoot and bomb and rape them back to the Stone Age) they’d very soon have a whole new alliance on their hands.”

The outrage expressed, published almost 30 years ago,  can find its context today.

Macgregor treats the readers to an enjoyable condensed history of Great Britain, worth referring back to from time to time. Of the British, however, Samantha acknowledges that, “England’s historical use of naked power is without parallel.”

The cynicism is the backdrop to an eagerness to believe that something lies beyond that makes life meaningful, that perhaps gnosis is possible.

The attentive reader is likely to conclude Macgregor’s work, for all its eloquence and erudition, is a bit too contrived. Prep school mates choose careers that happen to be exactly what is needed for the investigation into Berengaria’s state. One chum happens to live in exactly the right place to secure the exotic herbals required for the test in the tomb. Samantha, Lean’s not-quite-in-love-with-you girl friend just happens to speak Old French, the language of the entombed queen. The plot has been thought through meticulously, but the effort shows.

Macgregor wanders out of bounds with his narration on a couple occasions and fails to respect that the vision of a first person narrator is limited to what he or she sees. Authors can change from first-person narrative to omniscient third-person but the change in perspective is usually signaled clearly for the reader with a break in the text.

Whereas, The Da Vinci Code tackles the same theme, and runs itself out, ending in a muddle, Macgregor powers his story through to a clear conclusion. As I finished, I found myself wishing that, given Macgregor’s mastery, he picks a different genre for his next work, something realistic. He has the gifts to command a place among the in best in contemporary fiction.