My stepson Matt, his wife Kristina and her two children spent the Fourth of July weekend with us in the mountains, and I was reminded again of how fortunate I am as a husband and a stepparent. I gained a son when Melinda and I married in 1986. She, as the natural parent, enabled the bond that has deepened over the years between Matt and me. Melinda’s devotion to both of us helped us to get to know one another, play and work together, and eventually become very close as stepfather and stepson.

Too often the focus in any discussion of step parenting is on the stepparent. Melinda’s dedication to her son and her even-handed nurturing approach in raising him taught me a how important the natural parent’s role is in blending a family. Not all stepparents are so fortunate.

In a scene from my novel, Deadly Portfolio: A Killing in Hedge Funds, Dr. Tom Sherman accepts his wife’s invitation to a breakfast on the deck of their lakeside home. The weekend gets off to a rocky start when they are interrupted by Jamie, Sherman’s 20 year old son. Joyce, readers should recall, is Sherman’s second wife and Jamie’s stepmother.

The Scene on the Deck at Breakfast

Jamie stretched and yawned. His dark brown hair was matted to one side from sleep, his brown eyes bloodshot and slit with fatigue. He struck Sherman as thoroughly dissipated in his faded, torn blue jean cutoffs and soiled Hardrock tee shirt. “You mind if I have some coffee and rustle some eggs myself?” Jamie asked of nobody in particular.

“My God, is that you?” Sherman asked. “Do you realize how offensive it is when you don’t shower?”

“After breakfast,” Jamie responded turning to Joyce as if he expected an answer from her.

“Whoa! You’re not sitting at this table,” Sherman said noticing his son reaching for a chair. “No, sir. Take a shower now, damn it, or move well down wind from me. How can you stand it?”

“Humans can get used to anything.” Jamie slouched back toward the end of the deck near the lakefront.

“Yeah, well, I don’t care to get used to anything when I know immediately I don’t like it. Go shower! And shave! And put on some decent looking clothes. You’ve got a closet full.”

“I’ll have breakfast ready for you when you come down,” Joyce said.

“Don’t take that tone with her. You’re her guest here. You treat her with respect or find somewhere else to live.” Sherman took a big bite of toast and looked up at his son. 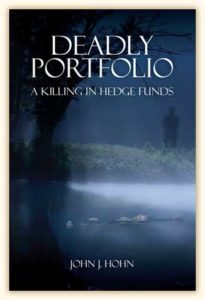 Jamie turned, yanked open the screen door, and disappeared into the dark of the house. A moment later, Joyce and Sherman heard his car start, back out of the driveway, and accelerate off, tires squealing in protest.

“Surly shit,” Sherman said with half a mouth full of toast. “Learned at the foot of a Jedi master,” referring to his first wife with whom all the children sided when the couple split up. He chased his half-chewed toast with a slug of orange juice.

“Please, just leave it alone. I know you can’t throw him out. I also know that I can hardly stand another day with him here, especially when you’re away. He doesn’t respect me. His room stinks. If I didn’t send the cleaning lady in there to pick up his clothes and make sure they get washed, the house would smell to high heaven in a week. Some days I think we should move back into town and let him live out here until he’s ready to leave. Then I won’t need to deal with him everyday.”

“No. You won’t. You’ll yell at him, and he’ll think I put you up to it. You’ll leave and then, if anything, matters will get worse.” 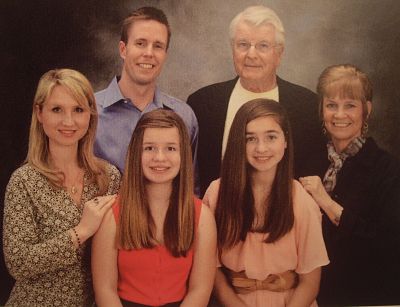 Tom Sherman just made life tougher for Joyce. Jamie works at making his rebellious statement. He is angry over the dismemberment of his family through divorce and disruption of the tranquil pursuit of his studies in college. His father is critical of his behavior without making the effort to find out what is troubling the youth, a task that belongs appropriately in the natural parent’s hands. Joyce sees Jamie’s behavior as a personal attack on her. Actually, it isn’t. Jamie is indifferent to Joyce, as most children are when they are first subjected to another adult in the home in the role of an absent natural parent. It will take time before Jamie cares what Joyce thinks or that his actions inconvenience her. She is making herself miserable by assuming Jamie is attacking her personally and setting herself up for conflict with her husband and Jamie.

Tom’s behavior is indicative of how he handles other situations as well. Tom and Joyce have not discussed parenting styles. Joyce is authoritative, whereas Tom is, for all his bluster, uninvolved, perhaps even negligent. The clash is inevitable. Stepparents bring into the home a parenting style that is comfortable for them, and if that is an authoritative style and the natural parent prefers to be lenient or uninvolved, a clash will result.

All three characters in the scene demonstrate unproductive behaviors. The natural parent should always take the lead when dealing with his or her child. The following apply to the natural parent’s role.

Couples entering marriage need to discuss parenting styles and expectations. There is no cruise control solution. Both the natural and the stepparent need to be consciously competent in the complicated business of raising a child or children together. It is too important to ignore.

If you have enjoyed this article, I invite you to look at the other pages in this web site and to subscribe by clicking on the RSS icon. Thanks for dropping in.