Time once was that an aspiring author fought to catch the attention of a publisher in order get a book to market. The chances of getting a book considered were slim. But once inside, an editor was appointed to work with the author, suggest revisions, and shape the story so that it would be more acceptable to the reading public.

Ultimately, publishing houses became overwhelmed with submissions. The gate-keeping function became a large part of the overhead and an expense that they would gladly pass on to others. Enter the writer’s agent. Agents represent writers and their works to the publishers with whom the agents have cultivated a relationship. When an agent places a book for an author with a publisher, the agent gets a cut of the sales proceeds. Agents, thus, became the gate-keepers. Traditional publishing houses no longer accept unsolicited manuscripts.

Word processing made preparing a manuscript a snap. Prior to word-processing, manuscripts were composed on a typewriter. Error correction was tedious and messy. Keeping a manuscript clean and free of typos, omissions and other glitches was a challenge in itself – enough to discourage anyone in the grips of an impulse to write a piece of any length.

Word possessing programs check spelling and grammar. Formatting each page is a automatic. The only thing left for the would-be author was to sit down and start keying. The end result is that thousands who would have been turned away from writing now found it easy. More manuscripts surged out of the printers all over the land.

Agents, as gatekeepers, became overwhelmed with the volume. Deluged with submissions as the publishing houses were previously, snap decisions were the key to survival. Wrong format, wrong font, too many pages, too few pages – the criteria for rejection grew longer and longer. Agents now require a Letter of Inquiry, or query letter, to protect themselves against a tsunami of paper. A writer’s fate thus hangs on a well composed 250 word letter of appeal.

But then along came self-publishing. Writers found that they charge right past the agent and the traditional publishing house to get into print with modern digital print-on-demand (POD) publishing. POD can produce a bound book in any quantity from 1 to as many as ordered.

The direct line from writer to print bypasses the story editor, the proof reader, the format and design editor, and the book, with the earnestness of the author more than obvious in the amateurish presentation of the work, makes it debut. Family and friends buy it, praise it, and urge others to do likewise. It’s a rush; a thrill to see a book in print. Disappointment and disillusionment lurk, however. Sales drop off. Critics ignore or pan it. The rejection is no longer from the publisher or the agent but from the reading public. 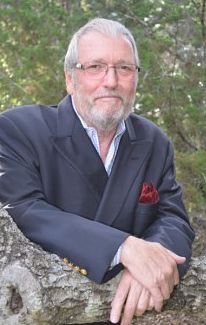 One book navigating its way through such straights at the present is Walter Danley‘s mystery, The Tipping Point — not to be confused with a best selling book by the same name written by Malcolm Gladwell. Danley submitted the book to Norm Golden’s web site bookpleasures.com. A mystery writer myself, I jumped at the chance to review it. My review follows. It is not very favorable, which is really too bad, and one of the reasons why I have been prompted to write this article.

Danley, you see, writes very, very well. He has a good eye. A great ear for dialogue. He is a gentleman through and through. I wish he lived close by so that we could grab a lunch. Had he caught the attention of a traditional publisher or an agent, a story editor might have worked with him to hammer out the dents in his story line. He may have been directed to work on character development so that his principal characters come across with more depth.

The shift away from traditional publishers to agents and ultimately to self-publishing has not solved the age old problem that struggling authors face – getting their work recognized. The disappointment is postponed, measured out in smaller doses, but it ultimately comes home, usually after thousands have been spent to keep the dream alive.

In music, dance, theater, gymnastics, and almost all professional sports, coaching and training are essential.  Writers and artists, however, too often make the mistake of going it alone without coaches, teachers or mentors.

The Tipping Point by Walter Danley

In Danley’s book, money, power and sex, not necessarily in that order, are all that matter. His novel begins with the death of Thomas K. Burke in a skiing accident. An expert skier, questions arise immediately about his death. It is not until executives associated with CapVest and All Cities Corporations begin to die one after the other that Burke’s associates become alarmed. Any one of them could be the next target. The novel moves forward as top management in the firms fear for their lives and the ultimate destruction of their companies. 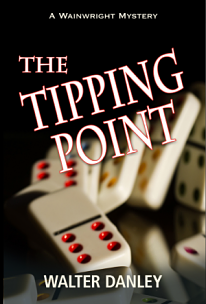 The story doesn’t develop traction immediately because the author fails to establish a protagonist in the early chapters. Thus, as one character after another is introduced, the reader can easily confuse bad guys with good guys, a bewilderment confounded by the cavalier manner in which Danley inserts aliases, switches from first names to last names, first names to nicknames, nicknames to initials, and other permutations.

A protagonist in the person of Garth Wainwright finally steps forward from the elite, vain, super-wealthy, callous clique of high roller executives. He, like the others, wants to save his life, his company and his eight-figure income. Wealth, power, dressing well and living high are values shared by all of the shallow draft characters in the group. Even Wainwright, for all of his dash in the end, gives the reader little insight into who he is as a man.

The women, though two are cast in heroic roles, come off as one dimensional also. The men patronize them – big boobs seeming to be the most praiseworthy attribute in each.

Relying on Contrivance to make the story work . . .

The plot relies on contrivance to carry it. DNA evidence cannot be produced in less than 24 hours. IRS supervisors do not free-lance for friends, especially not when a felony is suspected. Beneficiary designations in multimillion dollar life insurance policies cannot be amended by bullying an hourly-paid clerk. An assassin would not go all day undetected on the roof of a major hotel using a mirror to spy on a topless woman on the veranda below him. The author asks a lot of his readers in suspending disbelief when situations like this come up. There may be many more, but they are obfuscated by the in-speak of the world of high finance.

Shifting from first to third person is acceptable, but concern for the reader dictates that any such shift takes place only after a break in the text. Once in first person, the narrator is not privy to the thoughts of another or actions taking place beyond the narrator’s ability to observe. Danley ignores these limitations. While following a first person narrative, the reader suddenly finds the unexpressed thoughts of another on the page. The effect, of course, is disorienting.

Danley can write. He has an easy flow to his style. His dialogue holds up well, although the assassin comes out with some arched improbable pronouncements, vaguely reminiscent of Batman. The characters themselves resort to word play in their banter, a deliberate affectation.

The Tipping Point is a breezy novel that makes for light reading among those who want to be taken up with the glitz and glamor of wealth and power and all that it can do or cause to be undone in the world of high finance and high dollar real estate transactions. Danley’s novel is probably far better than most self-published works. The deficiencies in the text are those that usually result when the traditional quality checks on a work are by-passed. The lesson to be learned,  of course, is that a competent writer working alone can fall short of producing journeyman level fiction

Thanks for looking on my web site.  While you are here, I invite you to look through the other pages and to enter a comment in the area provided below.