Sales training has always been important to the life insurance industry. Rookie agents struggle, Most fail. In the 1970s, when I was working with Wilson Learning, only one new agent in five made it through to the fifth year in the business. That statistic may not have improved much over the years.

Selling life insurance is not easy. It is an intangible sale with no immediate benefit to the buyer. People don’t like thinking about death and dying, no matter what the context.  Woody Allen probably pegged it when he said, “There are worse things in life than death. Have you ever spent an evening with an insurance salesman?” In the movie Groundhog Day, the town insurance agent is depicted as a buffoon and a nuisance. Stephen Tobolowsky’s portrayal of Ned Ryerson as the town insurance agent rang true because he presented the perfect depiction of the stereotype.  Rookies entering profession quickly realize that they are up against this prevailing view. They need to climb the learning curve quickly to counter it and differentiate themselves from the stereotype. Schools and colleges did not, and perhaps still do not, teach sales courses. Salespeople learn on the job. They learn, or they fail.

Everything including the kitchen sink . . .

Larry Wilson, a very successful insurance salesman in his own right, realized this. He started Wilson Learning on the strength of his own success and designed his initial flagship program, Counselor Selling for the industry. Counselor Selling was academically eclectic. Wilson possessed an amazing talent for popularizing the latest thinking in the field of psychology. The course mixed Transactional Analysis, Maslow’s hierarchy human needs, and the works of other human behavior scientists together. It all worked. In addition, Wilson also realized early on that the program could not be delivered as a leader dependent course. The course needed to be easy to present, or as Larry enjoyed saying, “The moderator’s guide for the program was designed for the person who couldn’t lead a group in a minute of silent prayer.” To assure the moderator would succeed, the program was liberally supported with state-of-the-art visual aids, including either film strips or video, so that the key concepts were not only explained for the audience but also demonstrated with scripted vignettes. 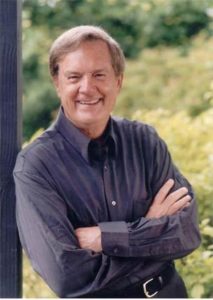 I was a member of a cadre who moderated Counselor Selling train-the-trainer seminars. The sessions were usually held at Wilson’s Eden Prairie, Minnesota home office. Designed for a maximum of 20 participants, the course took five full days to complete, every person attending was assigned a two hour segment to conduct the class and have their performance critiqued. Most experienced moderators from the Wilson staff learned quickly that it was important to avoid being too polished in front of the class. If the experienced moderator turned on the charm, got everyone laughing, and expounded on subjects that were not in the moderators guide, an intimidating standard was set for most of those who had to take the podium when their turn came. To make participants feel comfortable, the Wilson moderator needed to come off as casual and perhaps a tad unsure. This could be accomplished in several ways; by giving up the podium and sitting down with the participants when a topic is being discussed, by returning frequently to the moderators guide and pausing as if  to determine what came next, by allowing participants to stand if they grew tired of sitting, encouraging participants to share their experiences – in short, any approach the broke with the traditional “I-am-the-teacher-and-you-are-the-students” approach.

Those of us who worked for Wilson probably moderated the program 14 to 25 times a year. We knew what was coming next. We knew where the stumbling blocks were. We knew that there might be people in class who were afraid of speaking publicly. Every once in a while, in fact, there would be someone in the class who couldn’t read at the required level. It wasn’t always easy. We stood ready to bail out anyone who floundered in their assignment without having them suffer any loss of face.

Sometimes, nothing worked. I remember being summoned by the President of the Mid-Atlantic Regional Home Office of The Prudential Insurance Company (MAHO — Mid-Atlantic Home Office). The Prudential as so huge that it has several home offices throughout the United States, each one fairly autonomous. The President of MAHO and one of his staff call in all of the agency managers for the region to attend a train-the-trainer session. The seminar was to be held in Piscataway or some other a suburb outside of Newark. I had never made sales call at MAHO. I did not know anyone there. Consequently, I did not know that they were considering the program. It all came as a complete surprise to me. I was in Florida when the MAHO President called. When I told him that I had not been contacted and that I had other appointments booked, he responded, “If you got sick or died, those appointments would just have to wait, wouldn’t they.” 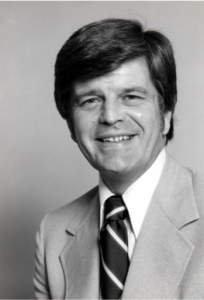 Well, yes. Of course they would. I had never put my presence in the classroom on a par with my demise, but he was calling from The Prudential. I cancelled my appointments, ordered the materials that needed to be shipped, booked my flight and flew to Newark and fired a cab to take me to the convention center Piscataway or wherever. Despite the haste and the hassle, the seminar started on time. The participants consisted of agency managers from the area. They impressed me immediately as a tough crowd; not the usual bright-eyed eager group who were pleased to be out of town for a week. One glance around the room, I could tell that these guys were not happy about being there. That presented a dilemma. If I didn’t do something right of the bat to engage them and get them enthusiastic, the program was doomed. I pulled out all the stops, I ran the risk of making the course look too demanding to the average guy when it cam to teaching it. I decided to give it an energetic start and then planned on toning things down once I got under way. Hopefully, in that way everyone would feel comfortable once the practice moderating was scheduled to take place.

It didn’t work. The participants did not come back from the mid-morning coffee break. When they finally returned, they began packing up their personal items as if they were going to leave. “What’s going on?” I finally asked.

“We’re not going to finish,” one guy replied. “We can’t teach this stuff. We’re not teachers.”

“Naw. We looked through the material. We talked it over. There’s no way we can teach this stuff.”

“Other Prudential offices all over the county are using the program. They haven’t had any trouble with it,” I said.

“This isn’t other parts of the country,” one manager fired back. “It’s different here. It’s a different market. We have our own way of doing things.” He held up one of the books to the course. “This won’t work here. This is a soft sell. We don’t preach soft sell.”

I realized afterward, of course, that the managers attending the seminar had no more say about being there than I did. They were not objecting to Counselor Selling and not against me. They were objecting to having the course thrust upon by management. They voted against going ahead without giving the program full consideration. They just wanted out. When I explained what happened to my boss, Bob Utne, he seemed to take things pretty well. “Yes. I knew there was a reason why we never could get MAHO on board.” There was no way that Bob and I could ever find out what went on behind the scenes at the company. I never tried again to do business in the region.

A similar thing happened with a group of New York Life agency managers sometime later in Texas. I caught a flight to Dallas and then drove to a convention center somewhere north and west of the city. It was hard for me to leave Minneapolis. My son, Greg, has been hospitalized with a perforated appendix just two days earlier. My wife and I sat up all night waiting for some word as to his condition and whether he would survive acute peritonitis. He was still in the hospital when I drove to the airport.

An experienced moderator can size up a group of participants in a very short period of time. There is tension in the air. I felt it as I walked into the room to begin the session, although I attributed my tension to the trials my wife and I had over the weekend with our son. I would have much preferred to stay where I could be with him. Nevertheless, everything seemed to go well until the break for lunch. Usually, as a moderator, I wanted to eat with the members of the class, but on this occasion, I was told that they were going to hold a meeting with the regional vice president. When I returned to the classroom at the appointed time to reconvene, only the regional vice president showed up.  “You ripped your britches in Texas, son,” he said with an honest to goodness drawl. “They don’t like the program. You’ll have to go back to Minneapolis and chalk this one up. They didn’t buy it.”

If it had been one of the first times that I conducted the seminar, I might have considered that I had failed. I knew, however, that I had not. I did as well as I ever have in front of the group. They had other issues, and my hunch is that they opposed their regional director for reasons that would forever remain a mystery to me. My thoughts turned to cutting my losses. There were other regions of New York Life that I hope to have as clients.