Successful marketing of sales training programs demands versatility of an organization. When I joined Wilson Learning, the company was taking a vertical marketing approach. Wilson had three marketing teams. One, of which I was a member, sold to the insurance industry. A second was dedicated to the banking industry. Everything else was covered by a third group, the general business group.

Our company offered three products; namely, Counselor Selling  (renamed since as The Counselor Salesperson), Counselor Relations, and Managing Interpersonal Relationships (MIR). More information on each will follow in later posts. For now, Counselor Selling was the leading product for the insurance industry.

Larry Wilson was the catalyst and visionary for the organization. He was an accomplished public speaker, a motivator and humorist; a man of unbridled creativity and imagination. I traveled with him frequently. I was in meetings when he discussed new learning theories and marketing ideas with experts from all over the country. When we traveled, we dined together, jogged together, and at least once, we went to a movie. I was too naive to presume my being selected to travel with the boss meant anything special. Years later, after I left the company, I realized what a privilege it was to be with him and an honor that he valued my input. I was in a career-making position in the industry and wasn’t astute enough  to recognize it.

Larry was unpredictable. Listening to him address several business leaders in one session, he turned to me and without warning demanded, “John, why do you compliment the act and not the person?”

“Because it risks challenging the person’s self-image and throw him into conflict,” I responded, making up my reply as I went along.

“Precisely,” Larry said without missing a beat. I could have given any answer. I could have stammered and come up with nothing at all, and it would not have mattered. Larry would have taken whatever I said, slid it neatly into his address, and kept on going.

Toward the end of the seventies, Larry was itching to back away from heading up the company. He hired W. Mathew Juechter to take over as president while Larry stayed on as chairman. Juechter was rumored to have been president of Xerox Learning Systems, a major competitor. Juechter, a Harvard Business School graduate, knew the market and had management experience. Larry was eager to get his new president indoctrinated, in the saddle, and assume command of the organization.

During the early years at Wilson Learning, a salesperson was expected be good in front of a group. Larry was the gold standard, of course. Others didn’t even come close, but no matter how weak the comparison, it was important to be among the better speaker/moderators.

Cornell “Nelly” Taylor was a showman who approximated Wilson at his best. Nelly, a Mormon from Salt Lake City, was irrepressible, enthusiastic, and irresistible. Nelly could make an audience believe that every idea he presented was an original that came to him in the moment as he spoke. He smiled like a boy at his own jokes. Shook his head, almost awe struck, making his points as if the validity and truth of his every utterance was undeniable. Nelly studied the concepts of Counselor Selling like an elderly Rabbi would the Torah. Front wheel; back wheel. Two tunnels. L.S.C.P.A. Mini-max. Nelly could wax on and on about the key concepts with revelations that would amaze even the most experienced moderator. 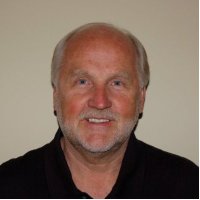 Steve Buchholz, Joe Haubenhofer, Bill Payne and in all modesty, yours truly, filled out the A team, at least those are the guys I remember. Frank Ward, Ron Strand, and Jim Eaton were also experienced and polished in the classroom. Why Larry thought Juechter needed to be in front of the class is something to ponder. Perhaps Juechter insisted on it. But rather than staying in the corner office and running things, Mat took to the road, usually with disastrous results.

Courting a major firm as a prospect often took years before the targeted organization was ready to sign a six figure contract for an intangible product like a training system. All of us had our target companies. One of mine was New York Life, (NYLIC) clearly one of America’s leading companies with a well-trained, professional sales force, and superior products. Courting meant making frequent calls upon home office executives, visiting regional offices, speaking at company conferences, attending industry conventions, inviting company personnel to attend pilot seminars, conducting trial seminars on site, and all the while cultivating support through the usual wining and dining of people of influence.

My work with New York Life was coming to fruition when a pilot seminar was scheduled. Leading managers with NYLIC from all over the country were invited to attend to evaluate the program. Matt Juechter was appointed moderator. Never mind that Matt had only conducted one other seminar at Wilson. Never mind that an accomplished cadre of professional trainers stood ready in the bull pen.

One indispensable quality that good moderators possess, at least to some degree, is charisma. They have presence. They exude enthusiasm and energetic charm. They do not hog the show. They share the stage with participants and support their listeners, encouraging them to contribute as well.

Juechter possessed many intellectual gifts. But charismatic, he was not. Slight and athletic, he always appeared poised but utterly incapable of enthusiasm. Pale, freckled, sandy haired, blue eyes brimming with uncertainty, Juechter had about as much presence as cold leftover toast on the breakfast table.

To make matters worse, somehow it was decided that he should conduct an untested program that probably never would be suited for the insurance industry. The program had been developed for Valley Fair Amusement Park in Apple Valley, Minnesota to train supervisors of college kids how to reinforce appropriate hosting behavior toward park attendees. The entire insurance industry buzzed with praise for Counselor Selling, but Juechter, and presumably Larry Wilson, decided to wring one more dollar out an experimental program.

I sat in the back of the classroom with Gary Quinlan, my boss from Wilson Learning. Juechter never established himself with the participants. The managers attending ranged in age from 35 to 60. They ignored him and talked among themselves. Some threw wads of paper back and forth. One guy, who sat in on a pilot session I conducted months earlier, turned and pointed to me and said, “Why don’t they let this guy take over. He’s good.” It was not my call to make. It was, hands down, the most spectacular failure I ever witnessed. The seminar was bust. It was shut down. The participants retired to the bar. The conference was over. My chances at bringing New York Life into the fold were trashed beyond recovering.

One frequently heard quip from Wilson was “It’s a lot easier to find a new audience than it is to write a new speech.” The decision to try the new program on New York Life had his name on it. He had a new audience, but he also had a new speech; i.e. the new program. It was a blatant bait-and-switch with the Valley Fair program. The sales reps calling on New York Life, including Jim Eaton and me, never once presented or demonstrated the Valley Fair program to the prospect company. Month in and month out, we consistently talked up Counselor Selling. Somebody in the planning stages, like Executive Vice President Dan Chabot who always had a eye on revenue potential, should have opposed the idea. None of us who knew the company, who were on a first-name basis with many in top management at New York Life, who had been involved in the months of courting, were consulted. I had no idea what was going to take place until the seminar began.

As a last straw, if the decision was to go with the Valley Fair program, then at least an experienced, proven moderator should have been dispatched to handle the task. I was inconsolable. The New York Life executives and managers who had supported my efforts to introduce Counselor Selling into their company could not believe what had taken place. They felt betrayed. I had no explanation to offer. I was profoundly embarrassed.

Months later, word reached me that Juechter said something like, “I think I really let John Hohn down at that New York Life pilot.”

Yeah, Matt. You did. Big time. But worse, if you were involved in the decision to present the seminar as it was, you let the entire company down.  If you were not involved, you should have declined the invitation to moderate and insisted on better thinking and planning. Wilson Learning lost a great shot at flagship account, a several hundred thousand dollar bust. Renewable annual revenues. Your job was to oversee the decision-making process to optimize our chances for success and pick the best man possible to conduct the seminar. Common sense should have dictated that we would go with a winning lineup and a tried and true program and give it our best shot. We didn’t. We looked like hacks.

If you have enjoyed this article, please take a few minutes to look through the rest of my web site. My new novel Breached will be released in a couple of weeks. Meanwhile, Deadly Portfolio: A Killing in Hedge Funds is only $1.00 on Amazon Kindle. It is also available in paperback. I invite you to comment in the area below and send a word or two along to me. Thanks.