Nobody was allowed much time to settle in at Wilson Learning. I had to hit the ground running. I was experienced in sales and eager to get going. I knew  the insurance industry because I had worked for six years for The Travelers and ficw years for BlueCross/BlueShield of Minnesota. Wilson had been marketing their programs to the life insurance industry for several years. Larry Wilson was a record setting life insurance agent himself earlier in his career . His achievements gave him credibility in the industry. Wilson Learning, as a result, got its first real foothold with insurance companies. The banking industry was soon to follow.

At the time, Wilson Learning marketing was organized into a vertical structure of three divisions;  banking, insurance and general industry. I joined the insurance division headed up by Bob Utne, as the fourth member to the sales staff. David Cornelius covered the mid-Atlantic states working out of Philadelphia (if I recall correctly), Joe Ryan covered the Northeast out of Boston, and Jim Eaton had an office in the Eden Prairie headquarters as did I. Eden Prairie was, as Larry Wilson often quipped, was “just twenty minutes outside of Minneapolis – by telephone.”

Sales territories were loosely organized. I was to cover the southeastern and south central states, but as things broke down on a week-to-week basis, all four of us crisscrossed the country in pursuit of prospects and servicing existing clients.

The insurance division had two programs to offer in the early 1970’s; Counselor Selling and Managing Interpersonal Relations (MIR). Counselor Selling was a sales training program that was based largely upon Transactional Analysis (TA), a popular layman’s approach to understanding  psychology. Larry Wilson recognized that TA brought psychology down to a level that the average person could understand. Wilson took a down to earth approach. “You want proof,” Larry would reply when asked if the program was effective, “just have your people sit through a seminar. They will find that it is self-authenticating.” He was right. Participants loved it. They adopted the language of the course and started using it to critique their own sales interactions and plan their strategies for the calls they intended to make. 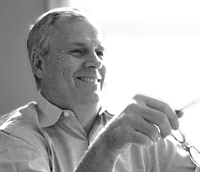 A explanation of transactional analysis is beyond the scope of this article. It has fallen from favor over the years, and I understand from my friend Joe Haubenhofer, who is still affiliated with Wilson Learning, that it has been dropped from the program. The name of the program has also changed to Counselor Salesperson. (Insurance sales ranks at the time consisted almost entirely of men.) The goal of the program was to enable participants to become consciously competent in four major processes basic to the salesperson’s interaction with a prospect. The program identified the four processes as Relating, Discovering, Advocating and Supporting.  Although the program used many learning models to illustrate important concepts, it referenced TA throughout. The entire program was media based. Counselor Selling was by far the most comprehensive sales training program every produced and probably remains so today.

Early versions of the program used filmstrip projectors in the classroom. (CD’s, DVD’s. mobile phones, laptops and i-pads were decades away.) Use of filmstrip faded with the introduction video tape. Wilson was the first to establish a broadcast quality video studio, script, and dramatize vignettes using professional actors. The whole effort in audio-visual support was to make the course easy to teach. Wilson wanted it, as he often said,  “An easy program to teach for the guy who can’t lead a group in silent prayer.” The key was a Leader’s Guide that spelled out a step-by-step method for conducting the class, including numerous exercises and illustrations that used flip-charts and printed placards.

Haubenhofer and I laughed at how much a salesperson lugged around in order to present an overview of the program to a prospective company. A Leader’s Kit was about the size of a good two-suited suitcase. It contained ten canisters of filmstrip, the Leader’s Guide (a three ring binder with a couple hundred pages) and a stack of 18 X 24 inch ready made charts. A salesperson could not depend on a filmstrip projector being available on site, so a trusty DuKane projector about the size of the fisherman’s tackle box – only taller and heavier – was also checked as baggage. Most of us modified the Leader’s Kit by removing some of the standard contents to make room for the individual participant’s Study Guide. The Study Guide consisted of ten booklets and a flip case with ten audio cassettes all snuggled into a slip case. Finally, the sales guy had his own clothes packed in a suitcase, enough to provide a change for at least four days. We didn’t leave for either coast without having several appointments set up over three or four days to justify the expense of travel. 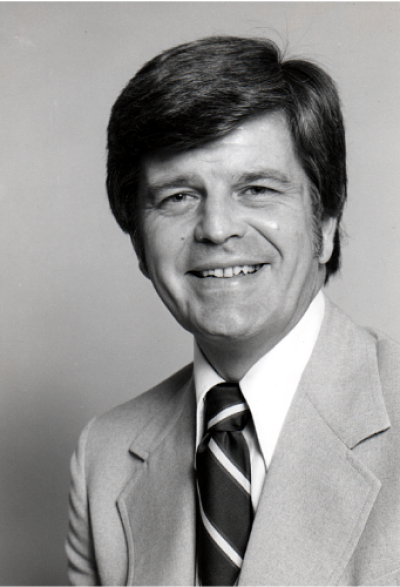 After the first couple of trips, I switched to a large salesman’s catalog case for samples of the seminar materials and a Study Guide. The DuKane always went with me no matter what. I had one stolen from me in the men’s room of the Dallas Airport once. Given the confined quarters of the commode stall, I took all of my baggage in with me but could not find room for the DuKane, so I set it on the floor just outside and closed the door. My thinking at time was that nobody would want the damn thing. When I clattered my way back out of the stall, the DuKane was gone.

A Filmstrip Projector in the Men’s Room . . .

I reported the theft to an airport security guard who was more amused than concerned about recovering the projector. Belittling as that was, nothing quite matched the humiliation I felt when asked to explain exactly what happened to Dan Chabot,  Executive Vice President. Most never really knew how they stood with Dan, but losing a DuKane in a airport did little to enhance one’s standing.

Dan had a way of starting most discussions with me by saying, “You know Larry thinks you are a really creative guy.” What followed usually had little to do with being creative and a great deal to do with my sales results. It never occurred to me then, but Dan, along with  others, probably had a financial stake in the fledgling company. Once I realized that, at least 30 years too late, I understood him better. But I didn’t know it then and was not savvy enough to surmise as much.

I hated returning to the office on Monday after being out the entire previous week on sales calls. I knew as soon as I walked in, Dan would want to know how well I did. Sometimes he would meet me at the door. Selling sales training systems to major corporations is not quite on the same level as selling vacuum cleaners door-to-door. We were looking for sales that had large multiples, meaning hundreds of participants at 60, 70, 90, even 100 bucks a pop in pre-Carter administration dollars. A good sale was somewhere north of $50,000, preferably well north of that amount. The revenue would come in over time, two or three years. More to the point, it was almost impossible for the sales guy to know precisely how well he did on a call or on an entire trip for that matter. 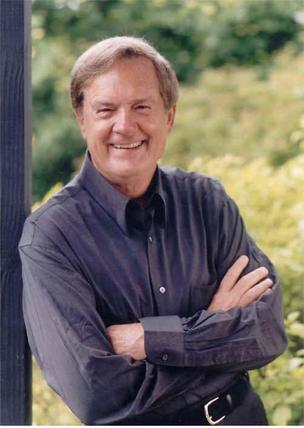 There were several influences at play in making the corporate decision to buy our program; some known, some never disclosed. A proposal went up the corporate ladder. Every bureaucrat in the company could take a shot at it; i.e. promote it or shoot down. At one time, those of us in the sales worked up a beta program that identified the influencers on the buying decision by their function. There were gatekeepers, people that the salesperson had to please in order to get a crack at the buying committee. Then the feasibility buyers – the persons who wanted to know how it would really work in their corporation. The budget watchdog, or financial buyer, would be represented by yet another person. A conceptual buyer came out of the woodwork somewhere along the line, usually an MBA, eager to demonstrate his or her academic credentials. I don’t remember all the roles. My point is that I found it virtually impossible at any stage in the sales process to project how well I was doing.

“New York City. I called The Equitable, New York Life. Metropolitan Life and Home Insurance. I went over Newark and called on Prudential and MONY. I took different guys to lunch. The guy from New York Life had me over to his apartment on the east side for dinner one night and he introduced to me to some friends.”

“What d’ya think? Something going to come of all of it?”

“Yeah, Dan. I do. I think that those companies are considering us. Everyone seems to like me, trust me. They like Larry. They know Counselor Selling set a new standard in the industry for sales training. So I think something will come of it.”

“You know, Larry Wilson thinks you’re a really creative guy. Got any idea how much in sales . . . you know . . . volume will come from this?”

“Have you got proposals to send out?” Dan asked.

“Not this week. I do have a couple of guys considering coming in for leader training though. The Equitable is considering a pilot seminar, maybe in New Jersey.”

Knowing that Dan was anxious about cash flow and financial stability of the company would have helped me to understand him at the time, but I still could not have made any meaningful projections. There was no set gestation period for a sale. Some that I thought were on the rim didn’t drop from months. Others I considered a long shot would surprise me with a call and a request for a formal contract. All that considered, it still would have been a lot easier if I had understood Dan.

If you have enjoyed this article, I invite you to investigate other pages of my web site and please consider posting a comment in the area below. I am planning several more articles on this topic. Please check in when you can. Kindle owners will find my book, Deadly Portfolio: A Killing in Hedge Funds, available for only $1.99 at Amazon.com. Thanks for looking in.