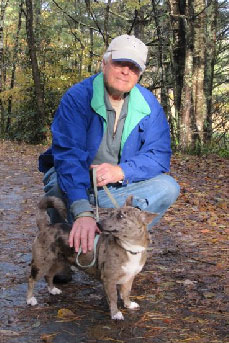 Phil Kenney’s debut novel Radiance is a passionate family history that spans three generations until it settles on Jimmy and Daisy, mother and son, as the central characters. Kenney, a poet, knows that triumph and tragedy are defined by the context that we set for ourselves. The context can be as narrow as parent and child or lovers caught up in a betrayal. Or the context can be life itself prevailing over annihilation and meaninglessness. In Radiance, Kenney deals with the age old questions of life and death, fulfillment and despair, achievement and failure. He takes enormous risks in his piecing his story together and most often he succeeds—if not triumphs—in the telling of it.

A practicing psychotherapist, Kenney knows that the struggles of any generation are in large part against a legacy of deprivations and indulgences of the generation immediately preceding it, of children against parents.

The story begins with Ruth Brennan, the grandmother who is married to Warren. The couple struggles to raise their three sons in the poverty that gripped turn of the century mid-America. Ruth nearly dies giving birth to her third son, Gerald. Her survival is tantamount to a second birth for her and becomes the emotional base for a precious relationship with her youngest son Gerald.

The story begins as well with Daisy. Author Kenney lets the reader know very early on where his story is heading. The prologue states that

It was Daisy who hid from her friends, from her husband, and, with great success, from herself . . .  .

Kenney has three prominent voices as an author. He speaks only as narrator very seldom, unattached and objective. He speaks as the narrator through his characters more frequently, and his story unfolds in an easy flowing, third-person delivery that is lively and engaging. At times, he speaks in the first person as one of the characters. The Prologue begins with Daisy addressing the reader in the first person. Daisy comments on her own death.

What was left of me, what remained after the passing of every last character, every last imposter and ghostly sprit is what you could a call a soul. No larger than my thumbnail. 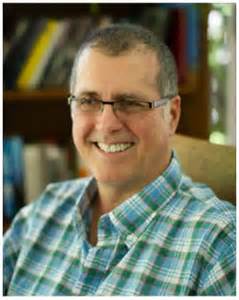 Daisy’s monologue from the beyond overflows with forgiveness and compassion for her historical self. Forgiveness, in fact, becomes one of Kenney’s important underlying themes.

Daisy and Gerald marry and they have two sons, Frank and Jimmy. The reader follows this family through the twentieth century as if they were modeled for a diorama. Daisy is beautiful and gracious. Everyone loves Daisy. Gerald is successful but uptight and unavailable. Frank is a star athlete and successful attorney. Their achievements are a given and peripheral to the real struggle in the life of each—to find a degree of personal fulfillment and contentment with self.

All of the characters in the story, except for Jim, fade away as victims of their own dynamics and the banalities of their era—split level homes in suburbia, “Sing Along with Mitch” on Sunday night television, American Bandstand, and Lawrence Welk whose music—utterly devoid of passion or yearning—becomes the iconic expression of a generation seeking to forget the deprivations of the Great Depression and the horror of young men dying in the war. The culture so effectively enables forgetfulness and denial, that

. . .the collective memory was destroyed with the same brutality and absolute efficiency as the genocide of Native Americans.

Kenney has enormous confidence in his readers. He rejects a chronological history, preferring instead to have events take place as dictated by a hierarchy of the soul; i.e. what is most important in the life. We find, for example, that Daisy may be dead in one chapter and yet alive in a subsequent. Frank may be clinging to life in the hospital only to be energetically engaged in an episode later in the book. One must assume for an author who writes as well as Kenney does that all his choices are deliberate. Given that, I found his changes in voice to be too frequent and often without justification given the weight of the story at the time. Most readers,  however, will not be distracted because Kenney’s vigorous prose carries his story forward so powerfully.

While Daisy is prominent, the story is Jimmy’s, so much so that Jimmy and the narrator become one at times. Kenney’s prose is rich with metaphor and humor. Kenney has created a rhapsody. In doing so he contends with the ancients. His is the story of the modern middle-class American family—a life driven by pursuit of status and comfort, and the eagerness to please. The triumph of modern man is that he succeeded in these endeavors. His failure is that he did so at the cost of his own fulfillment. From the beginning, Jimmy’s spiritual journey is every man’s. Radiance is more than just another contemporary novel. It is penetrating study of the spiritual and psychological health of the culture of America as it became a dominant world power in the twentieth century.

Author’s Note: I compose my posts using Word and transfer to the word-processing program available through my web site manager. I use the spell check facility on both programs. I intentionally use incomplete sentences or fragments as a stylistic choice. I am very grateful for the proofreading and editing skills volunteered by my wife Melinda as a second check against my oversights.  If any errors in the text escaped both of us, please do not hesitate to let me know.