At one time, in order for a composition to be considered poetry, it needed to be rhymed and presented with a consistent cadence. Robert Frost’s “Stopping by the Wood on a Snowy Evening” is a fine example.

Whose woods these are I think I know,
His house is in the village though,
He will not see me stopping here,
To watch his woods fill up with snow.

Frost’s revered poem is accessible, a quality often lacking in contemporary poets. Notice the rhyme scheme in the stanza above. The last work first, third, and fourth lines rhyme. Also, there is a definite cadence to each line. Read it outloud and you will hear four beats in each line as ta-dum, ta-dum, ta-dum ta-dum. Contrast Frost’s verse with Dylan Thomas’ wonderful reverie, “Fernhill.”

And nothing I cared, at my sky blue trades, that time allows
In all his tuneful turning so few and such morning songs
Before the children green and golden
Follow him out of grace.

Nothing I cared, in the lamb white days, that time would take me
Up to the swallow thronged loft by the shadow of my hand,
In the moon that is always rising.

Gone is the rhyme scheme. Thomas’ lines vary in length. There’s no fixed rhythm. But there is no lack of musicality to his verse. Read it aloud and you find it flows. The rhythm is inherent instead of imposed as in Front’s poem.

I know the guy who owns these woods. He lives in town so he can’t see me stopping here to watch the snow falling into his woods.

Paraphrasing Thomas’s work is a bit more difficult. But attempting it might yield something like the following:

When I was a young boy playing around the farmhouse and fields near it, I didn’t realize that I was growing older and moving on toward adulthood. I didn’t know the delightfully was I was spending my days would one day come to a stop. Life becomes less carefree. The transition is very gentle but inevitably delivers all  to the busy, sometimes frantic, world of adult life where the moon still shines as a reminder of childhood.

Frost spends three lines out of the twenty talking about the man who owns the woods, and yet for all that, the man is not mentioned again. Thomas packs more meaning into each line, but in doing so, becomes less accessible to the average reader. Further, Thomas repeats the theme of a carefree and innocent boyhood several times in words and phrases like “my sky blue trades,” “so few and such morning songs,” “children green and golden,” and “lamb white days.”

In the opening line, Frost forces his syntax to meet the demands of his rhyme scheme and set iambic cadence. Thomas has a rhythm to his delivery also, but it is not an inflexible regimented pattern. The rhythm, or flow of his lines, reinforces the meaning of the words and phrases being used.

Finally, both poets use numerous poetic conventions such as alliteration, consonance, metaphor and personification. Both deal with the universal mysteries of the human condition; Frost with the inevitability of death and Thomas with the inevitable end of childhood. Yet the character of each man’s creation differs radically with that of the other.

The writer who wants to compose in the manner of Thomas needs to be guided by a more demanding and subtle criteria. The old guidelines have not been replaced with new. Instead, they have redefined. Rhythm is an example.

Some may no longer consider Thomas a contemporary poet given that his works were published in the first half of the twentieth century. Yet he bridges the transition from traditional poets to the contemporary. Thomas and William Butler Yeats stand at the crossroads.  Others certainly have influenced the direction of the later twentieth century writers, but Thomas and Yeats are a great place to being if you want to understand poets publishing today.

Contemporary poets will not subordinate the thrust of a line to an imposed cadence, except for Rappers who make it obvious that rhyming and iambic pentameter should have be outlawed ages ago. The rhythm in contemporary poetry supports the feeling or thought being conveyed. Thomas’s lines are languid and rolling—carefree as childhood itself. Congruency of rhythm to a line is like a drumbeat of native signals or a strumming bass in a jazz combo. Meaning and feeling is intimated. Rhythm is the body language of the piece. The poet’s intention would be suggested even if the language of the line were foreign to the listener.

Contemporary writers will reject rhyme when it distracts from the thrust of the line. To illustrate, I quote a couple of lines from one of my own poems.

Until confusion mounts my high bed,
And invades the flesh.

Until confusion mounts my high bed
And invades the flesh from which vigor fled.

The rhyming of “fled” with “bed” created a couplet, which, while satisfying to the ear, was nevertheless inconsistent with the feeling and thought. There is nothing neat or complete about being on one’s deathbed, as a couplet would suggest. Instead there is a slow physical deterioration, and often a terrible wait for the family, until the end. Leaving the line open at the end and unresolved is more consistent with the reality of the situation portrayed. 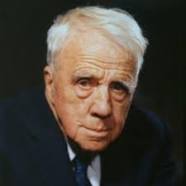 Thomas’s work is set apart from the traditional also in his imagery. The reader is asked to take in the meaning of “lamb white days” and “the shadow of my hand” as immediate statements with an impact that overrides cautious, methodical analysis. Thomas did not want the reader to stop and think, Oh, yes, lambs are innocent. White is the color of purity, so he must mean that his boyhood days were pure and innocent. He wants the impact of “lamb” to be immediate and other connotations spring into mind. Thus woolly, dirty, braying, and warm, become associations. The richer the word or phrase, the richer the associations.

Likewise, Thomas wants the reader to grasp “by the shadow of my hand” for all its richness. The impact of this wonderful line is lost if the reader resorts again to analysis. While the example of the lamb is prosaic (lambs have been symbols of innocence for centuries), the shadow of my hand is fresh. The reader who has seen the shadow of his or her own hand in the moonlight will have the memory invoked instantly and the mystery, the gentleness, and the inevitability of what is happening (for the moon makes the light not the boy), is all embedded in the phrase.

It may seem that contemporary poets are breaking all the rules. Instead, they are extending and refining them. Economy of expression, congruent rhythm, immediacy of imagery, and word choice are as important as ever, if more subtle. The contemporary poet wants the reader to share an experience as a phenomenon, as one would react coming upon something for the first time. The initial reaction is feeling—attraction, fear, revulsion, intrigue—and it is felt before the rational process overtakes perception. The poet wants the reader to react as the poet reacted. To feel as the poet felt. Contemporary poetry induces rather than explicates. It demands more of the reader. Readers are invited to make themselves available and be rewarded many time over for doing so.

Thanks for visiting my web site. While you are here, I invite you to look through the other posts for a subject of interest. Please feel free to comment in the space provided below. Thanks, and please come back.