I moved to Winston-Salem, NC, in December, 1978. Yep. A long time ago by most measures. For guy who grew up in the Midwest, the adjustments to take up residence in the South took some time. For one thing, the countryside was no longer flat. I couldn’t step out onto the back porch early in the morning, look to the northwest and get some notion as to what the weather was going to be like later in the day. Driving became an adventure, especially on two lane roads. I could no longer see ahead for the next few miles and know what was coming at me in the opposite lane or what I was going over take in my own. I was in the Piedmont, French for “foothills.” The Appalachian Mountains were just an hour drive west of my new hometown.

The Piedmont is rolling hills. Never mind not seeing the weather on the horizon thirty miles away. Once here, I couldn’t see ahead two city blocks on most stretches of highway. Passing grandpa trundling down the road at thirty-five miles an hour called for either courage or patience; because open passing was permitted only when a broken yellow line ran down center of the road. I could drive for miles before passing was permitted, and then I had to go like blazes to get around in the shortened space allowed. The alternating boredom staring a grandpa’s rusty tailgate and unbridled fear over whether my car would get around him in time to avoid an oncoming semi surely wasn’t good for my cardio-vascular system.

Everything grows in the South. It grows almost all year long. I was overtaken by a verdant claustrophobia. I felt hemmed in. Crowded. It wasn’t enough that I couldn’t see down the road. I couldn’t see to one side or the other either. Shrubs crowded out weeds and grasses. Trees hovered over shrubs competing for sunlight. Vines grew on the trees, smothering some to within an inch of dying off. A few years back, local newspapers printed a story of how a woman had seen the face of Jesus in the runaway patch of kudzu. Amazing as it was, all I ever saw was the evil vine threatening my space and my right to breathe. It grows so fast, on a quiet day, you can hear it creeping into your yard. 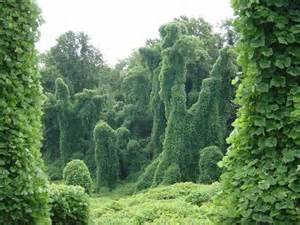 I had been traveling throughout the South for several years before I moved. I remember watching college football on TV in my Minnesota home one December. The game was being played in Montgomery, AL. Fans were in their shirt sleeves. It was five above in Minneapolis. John Barbour, the man who hired me at The Travelers in Minneapolis was fond of saying, “Our weather is our greatest asset. It keeps people from moving here.” That worked in reverse for me. Somewhere in the back of my mind, more prominent after coming in from two hours of shoveling out after a blizzard or pushing my car out of a snowbank, the picture of those fans, cheering and laughing in shirt sleeves and shorts, came back vividly to mind. I’m not saying it was something that drove my decision to relocate, but when the opportunity presented itself, weather in the South was clearly on the let’s go side of the ledger.

It’s one thing to travel in the South. The people you meet know you are a visitor, either for business or personal reasons. Southern hospitality is not a myth. The central part of my adopted state  is as friendly a place as ever anyone would want to travel through. People look one another in the eye. They like to say, “How are you?” To which, by the way, the appropriate response is, “Fine. Hope you are.” That last phrase is just plain good stuff. Never heard it, not even once, in the Midwest. I hope it never migrates north of the Mason-Dixon line.

As a Midwesterner, of course, my accent – or lack of one as I thought at the time – set me apart wherever I went. Little was made of it when I was traveling professionally in the area. Once I moved, however, and people began seeing me around, inevitably came the question, “You aren’t from these parts, are you?” It was a rhetorical question. I had already demonstrated as much. It was mildly troubling. I have always subconsciously wanted to blend in, so I decided to adopt some of the mannerisms of Southern speech. I quickly found out that speaking Southern, despite what humorous books at the Interstate restaurant shops report, is complex. And it is a big mistake to try to take it on casually, to try sound like one of the boys. You won’t. Speaking Southern is more than just a accent, or particular patterns in pronunciation including broadening some vowels, ignoring others altogether, dropping consonants – especially “g” on words ending in “ing,” placing accents in unsuspecting places and idiomatic expressions. The list is very long and I am adding to it every day, yeah these 35 years after my move.

Winston Salem, NC – designated one of the 10 best cities in the U. S. to live

My sons travel down from St. Paul to see me from time to time. They may not realize it but they are victims of the Northern prejudice that Southerners speak as they do because they are an ignorant bunch of red necks, dumber than a tin can full of nails. Put on a Southern accent and natives may think you are mocking them. Yes, it is far more subtle. Be yourself. People will respect that. Otherwise, they are likely to think that you are mocking them, which is how it sounds to me. After all, when southerners speak take on a Midwestern accent it’s hilarious.

No. There is a cadence to Southern speech. It is as difficult to pick up as the subtleties of any foreign language. If you weren’t around it as a kid, in other words, it will never come to you naturally. Over time, which for me is now three-and-a-half decades (posted 2013), a little Southern has leaked into my conversational repertoire. I picked it by osmosis. The constructs, accents and pronunciations have slipped into place so that using them is natural, never deliberate. They have become part of my subconscious lexicon. Used deliberately now, even to my inexperienced ear, those gems plucked from rich Southern custom and tradition always smack of affectation.

My ear, in fact, has changed. I now hear the Midwestern accent when I return to Minnesota and my native state of South Dakota. You think Southerners have something unique, somehow more rebel than patriot. Midwesterners often sound like they just hopped off the boat. There’s a distinctly Germanic – or at least Northern European – syntax that has infected much of Midwestern. 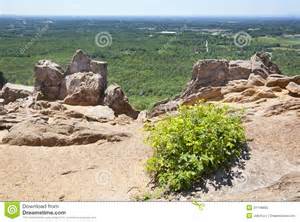 speech, don’t you know, by golly. There’s a noticeable Scandinavian lilt to statements that is used to signal a degree of uncertainty on the speaker’s part. Questions must end with the same lilt. The use of then is worthy of Victor Borge as phonetic punctuation. You are going to town then? And vowels! Midwesterners relish vowels much as Southerners but in a different way. Midwesterners dwell on them, lingering broadly as if there is a certain conviction that the long pronunciation of every vowel needs to be louder than any other in the sentence. Southerners are proud that their English is different. Midwesterners arrogantly regard their pronunciation as the one true English.

I don’t make an effort to speak Midwestern when I am in that area of the country. But I hear it more now than ever before in my life. I don’t make an effort to speak Southern in the area where I live, but when I go back to Minneapolis, I will often hear friends say, “Boy, have you ever picked up an accent.” In North Carolina, when natives still spot me as an outsider. I try to explain that I have been in the state for as almost half my life. My wife proclaimed me legit because I married a North Carolina woman. I am a citizen of the United States who happens to live in the South, in The Old North State, which has become home for me over the years and where I will, hopefully years hence, be laid to rest.

I guess labels help us sort out the world for ourselves so that we can come to some understanding of it. The trouble, of course, is that labels are too often used instead of thinking, instead of seeing the other person for who he or she really is. Going forward with the rest of my life, I want to be myself. I don’t want to think about how I appear or how I sound to others. Rather, I want to focus on what I am saying so that it represents the best of my thinking and feeling on any given subject. Someone once wrote, “The natural result of communication is misunderstanding.” To which Larry Wilson always added, “So if you want to be understood, you have to work at it.”

Thanks for visiting my web site. While you are here, I invite you to look through some of the other pages and posts. Please feel free to enter your comments in the space provided behlow. Both of my books are on sale at Barnes & Noble and available in all eBook formats at your favorite vendor on the internet.