I am a Midwesterner by birth. My grandfather homesteaded in South Dakota. Until my dad went off to college, he had never left his native state. My father referred to the northeastern part of the country as the Wicked East. “People out there,” he often said, “line up on one side of the room to get a drink and the other side to piss.” The Wicked East started at Chicago. As a boy, I saw the East as a huge parking lot, pavement stretching from the Mississippi River to the Atlantic Ocean.

Dad’s attitude had an historic origin. His folks were German immigrants at a time when eastern sea port cities were overrun by people entering the country. They were treated badly. The memory of the abuse lived on in his parents. The East was a bad place. It was evil. People there were mean and selfish. Having no other point reference, Dad adopted the views of his elders.

I certainly did not want anyone thinking I was from the Wicked East, a Yankee in other words.

“Yankee” designated a baseball team in the Midwest when I grew up, nothing more. When used in the South, however, I found it meant a lot of things. It tagged a person as an outsider. It meant that person belonged to a liberal bunch of pinheads who were telling southerners how to live by passing laws about integration, busing, open housing, etc. Southerners resented being told, told in a manner that sounded as though they would never have thought of it on their own. 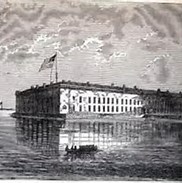 Fort Sumpter before the Shelling Began

Beyond that, Yankee meant a descendant of one of the blue horde that invaded the South in 1861. Never mind that a United States fort was cannonaded in the Charleston, SC, harbor. Imagine what the reaction today to an overt hostile act toward a U. S. Government Military installation. At the time, the Federal government was seen as subordinate to the states and served at their pleasure of the states with whom ultimate authority rested. Times have changed, of course, but the Civil War to a southerner is still seen as the war of Northern Aggression. States rights was the issue. Slavery was a minor issue and none of anyone’s damn business.

Shelby Foote writes that Federals caught up with some Confederate soldiers in Tennessee. “You guys don’t own any slaves. Why are you fighting?” the prisoners were asked.

“Because you’re here,” came the response. That resentment is still part of the native southerner’s view of an outsider. The bumper sticker that says it all reads, “Happiness is a north bound Yankee.”

A Yankee, my sister-in-law insists, is “anyone who is not from the South,” this after marrying a guy from California she met in Texas.

Northerners have their own view of the Rebs. Moonshine, Deliverance, the Hatfields and the McCoys, but in all honesty, I don’t think southerners are labelled in quite the same manner when they move north. Northerners may want their southern cousins to speak better English, but they are slow to peg them as outsiders.

Most, northerner or southerner, no longer have an accurate view of the Civil War South. It is too often seen as a homogeneous population with everyone for secession and everyone for slavery. Nothing could be farther from the truth. In his book Ninety-Eight Days, author Warren E. Grabau attributes much of Grant’s success in the Vicksburg campaign to the fact that natives in the area were unionists. They misdirected Confederate troops and provided Federal with valuable intelligence. Allen Paul Speer, in Voices from Cemetery Hill, gives a poignant account of a Yadkin Valley North Carolina man who rose in the ranks in the Confederate military while he himself was opposed to secession. Secession was carried out by legislative fiat rather than popular referendum.

Today, the issues have polarized around contemporary views.

The recent flap over flying the Confederate Flag on the South Carolina capital brings everything sharply back into focus. Bearded guys are driving around with the Confederate Stars and Bars trailing defiantly out the back of their pickup trucks. Most have never read a page of history. Most don’t give a damn about slavery. Some are probably racists, and flying the Confederate flag is an expression of racism at one level – as it refuses to recognize how offensive it is to African-Americans – but it is really the middle finger flashing at an outside world that is trying to tell them what to do and what to believe.. They don’t like that.

I’m glad the flag came down. A museum is the only place for it. 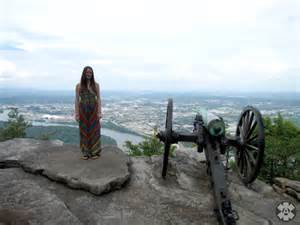 My son and I were standing atop Lookout Mountain south of Chattanooga, TN, and we overheard a group of draft age youngsters. “Suppose that would happen today,” one said. “What would you do?”

“Naw, suppose you were there at the time, knowing what you do now?” another quipped.

“I’d fight,” one volunteered. Several nodded in agreement. “It’s not the slavery thing or anything like that, but this here, this is us. This is ours. Nobody turns his back on that.”

The Civil War ended a century-and-a-half ago. Most see it as portrayed in Martha Mitchell’s Gone with the Wind. They see romance, the nobility among the vanquished. The stuff of tragedy. They see what bodice-ripper novelists characterize as the cavalier chivalry. Never mind that the wealth was in the hands of a few. Never mind that nearly one-third of the humans in the South lived in bondage. Displaying the Confederate flag is, at least in part, an in-your-face gesture. It so much as declares, “OK, so we lost. This is something even in defeat you can’t take away from us.” It’s a gesture that seems justified because the battles were fought on southern soil for the most part. More civilians died in the South than in the North. More property was destroyed in the South.

Military Genius Devoid of Cause . . .

Robert E. Lee’s masterful strategies prolonged war, yet his military genius is praised today divorced from the political reasons behind the conflict. The tough, starving, sometimes barefoot men in the Confederate infantry are admired for their valor without one thought that they were victims exploited by the wealthy few, pawns in a fight for a system that every other developed nation at the time had outlawed. 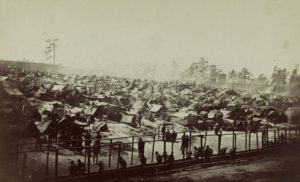 It is also part of the American ethos to portray war as heroic. One trip to the prison sight of Andersonville will give even the most illiterate bumpkin a view of what reality was during the conflict on both sides. Antietam, Gettysburg, Chancellorsville, the Wilderness, Cold Harbor, to name just a few, take on the dimension of an epic past, whereas they were killing fields for tens of thousands, and there’s nothing romantic about any of it. American culture glories these traditions, along with World War I and II, because it leads the young to regard combat as valiant and patriotic and disposes them to consider enlisting.

The war is over. The regional mindset continues, however, or at least it did in the 1970’s when I was first moved to the area. One story that makes the point really well was a part of an exchange between a buyer for a Knoxville company and me, a sales representative from a Minnesota company. The buyer expressed interest. I offered to send him a proposal. He sat back in his chair.

“Really, son, you expect me to take a proposal from a Yankee company up stairs to my board?”

“Listen,” I replied, “when all the shooting was going on down here, my granddad was an eleven years old and on his way by wagon train out to the prairies of Dakota Territory.”

“Dang. Really? So in addition to being a Yankee, you’re a foreigner too.”

I can put my finger into the wind to get a sense of attitudes are headed these days, but I think now that I am too much a part of things to tell any more. I have come to an understanding of the resentment toward Yankees. And I am willing to allow that Yankees come from all over; not just the Mid-Atlantic states. Throw Ohio into the mix for sure. Michigan, too, for that matter.

Yankees are retiring in the South. They are moving in by the thousands and they bring their bad driving habits and competitive rude public behavior with them. 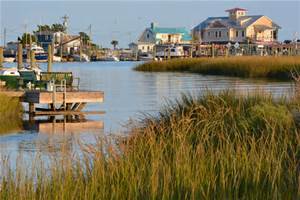 My wife and I recently moved inland after ten years in a small town on the Atlantic Coast. We had many positive reasons for the move, but underneath our desire was a slow burn over how the charm and pace of our adopted hamlet was being transformed into something like a New Jersey suburb. The immigration was overwhelming the infrastructure. Traffic clogged what were once peaceful two lane thoroughfares. One major ghetto for white affluent Yankees was named after a fictional Parker Brother’s Monopoly property. (Tell me that doesn’t carry a message). A mile or two from our village, the wealthy ghetto was changing local culture. The bestselling development on the coast all the advertising boasted. Yes, it was expensive. Yes, everyone knew it. But more to the point, the only people who really cared were other residents of the development, or St. Jersey, as it became known to the locals.

Residents from St. Jersey approached the local chain store grocer and asked whether a St. Jersey day could be created, so that once a week the residents would have the run of the place without being inconvenienced by people shopping from the local community.

Golf is popular in retirement communities. St. Jersey has its own course. Clubs sponsored teams for inter-club competition. St. Jersey was dropped from the league one year, however, because when it became apparent that their team was not going to win the championship, they changed the rules. The winner would be decided by the team that scored the most points: not the team, as all understood, that won the most games.

A woman served as as homeowners’ association secretary/treasurer. A modest salary went with the position. When we put our home up for sale, a prospective buyer asked to see the HOA bylaws. We could not find our copy. The secretary refused to give us a replacement. “It’s a 35 page document,” she snapped, as if it would take hours to reproduce. I wrote that I would pay for a copy. She did not answer my email. We had been members of the HOA for 10 years. I had served as an officer for most of that time. Yet she would not grant my request and would not respond to a polite, if earnest, appeal. Turns out she was from West Virginia originally. Doesn’t matter. She qualifies.

She’s another one of those  damn Yankees!