Marilyn Monroe is arguably the most well-known celebrity of all time in the entertainment industry. Her achievements as an actress have earned her recognition and honors throughout the world. The popularity of her films, thanks to the availability of DVD versions and streaming services, ranks high against the many legends of the movie industry. The surge in the number of readers visiting this site in response to the reviews of the two volume definitive biography, Icon: The Life, Times and Films of Marilyn Monroe by Gary Vitacco-Robles attests to a sustained high level of interest in the star. Given the reaction to the reviews, we are pleased Author Vitacco-Robles has consented to answering a questions questions for our readers. What follows is the first of four installments of an interview with the author.

Why do you think Marilyn Monroe is so well remembered? Why does she stand out from so many others who were clearly very talented, beautiful and dedicated?

My thesis about Marilyn is that she is a psychological, cultural, and spiritual phenomenon. Her childhood situation and its impact on her attachment challenges, her family history of mental illness, and death by suicide makes her a salient subject to educate the public about childhood abuse & neglect and mental health issues. Culturally, Marilyn impacted us in the 1950s and 60s and endures as an icon; subsequent to her death, each decade and each generation reinterprets her life.

Spiritually, Marilyn engenders empathy and compassion in those born in the generations following her death who project their own subjective interpretations onto her extraordinary life. She recognized this quality in herself and once said, “People don’t see me; instead they see a mirror. Marilyn continues to symbolize the American dream. She rose from poverty, worked hard, and succeeded against the odds, never losing sight of her humble beginnings and relating to those who also struggled. She was honest about her limitations; studied acting at the height of her fame; and had a deliciously appealing self-deprecating humor.

Marilyn’s legion of predominantly male biographers was seduced by her physical beauty and complex nature, but completely overlooked what I had seen as so obvious. She was a resilient survivor of abuse and mental illness who became a goddess, a legend, and an icon. She inspires young people today, and her tragic death does not mar this image. By revealing her vulnerability and humanity, Marilyn endures as a beloved American treasure. Part of her enduring appeal may be the empathy her pain and life experiences evoke in each of us. ‘I knew I belonged to the public and to the world,’ Marilyn wrote, aware of the emotional chord she struck in her audience, ‘not because I was talented or even beautiful, but because I had never belonged to anything or anyone else.’” 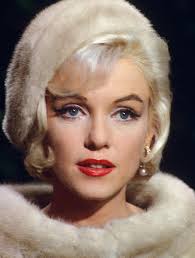 Marilyn was a rare constellation of circumstances that makes her so intriguing to each subsequent generation. She was a unique personality with a specific background and psyche drawn to a career that brought her to the public’s awareness. She emerged at a watershed time in American history, the post-war era, on the brink of a sexual revolution, when roles were rigid.

Marilyn was the underdog, American’s parentless “orphan”. Mid-twentieth century media was different. Despite her great gift of managing the media and promoting herself in her early years, Marilyn knew how and when to withdraw. During the Arthur Miller years, the peak of her success and fame, she fled to New Year and Connecticut and lived a rather private life.

There are infinite possibilities for a similar constellation of factors for another personality to resonate so deeply to the public, however, I cannot identify a current example.

You have refrained, quite admirably, from expressing your own judgements about the people who came and went in Marilyn Monroe’s life. Surely you have opinions about those who were most supportive to her and those who made her life more difficult. Would you care to be more specific now? What’s your opinion of Dr. Ralph Greenson, for example? Lee Strasberg? Paula Strasberg? Any others?

People are rarely all good or all bad, and even in unhealthy relationships marked by abuse, there can still be loving feelings. The two are not always mutually exclusive. As a therapist, I can be objective and see various perspectives; however, at some point, one can identify egregious acts. Also, writing about individuals who are long deceased is challenging; they are no longer present to interview. I diligently worked to unearth various versions of events and presented each, usually concluding what is most likely or least likely, or presenting what facts remain and allow the reader to draw a conclusion.

Greenson was over his head in working with Marilyn. Although well-intentioned, he could also be grandiose and self-serving. Marilyn was also a most challenging patient, but he needed supervision, and he turned to his office male, Dr. Milton Wexler, who was himself investigated for slapping a female patient with Borderline Personality Disorder. This act makes me question the supervision Wexler provided; Wexler admitted his behavior.  It was Wexler who encouraged Greenson to virtually adopt Marilyn into his family. Greenson fostered dependency and failed to empower Marilyn. He assessed her as damaged, fragile, and needy. He wanted to rescue to her, parent her, protect her. In the end, he knew he had failed and felt very guilty. His daughter said he had never lost a patient to suicide and never really recovered.

Lee and Paula Strasbergs were opportunists, but I also believe they loved Marilyn. Marilyn could be vulnerable and elicited both rescue and protective impulses in others. At times, Marilyn surrendered her power and autonomy to others and projected onto them her fantasy of protector. There is an interactive feedback loop in these dynamics on the part of both Marilyn and others. The Strasbergs also recognized a talent in Marilyn and believed they were helping her achieve her goal. They were gurus. Marilyn, insecure and believing them to be experts, became dependent upon them; Lee needed a gifted student to succeed as Stella Adler had found in Marlon Brando. He took some credit for assisting Marilyn achieve her dramatic success in Bus Stop. Marilyn’s celebrity, in turn, promoted Strasberg’s Actor’s Studio, and she participated in fundraisers until her death. I often wish Arthur Miller would have supported an ongoing created relationship between Marilyn and Milton Greene.

In ICON, I explored Marilyn’s many supportive relationships often overlooked. Until her death, she maintained a close relationship with the mother and sister of Fred Karger, her vocal coach in 1948 and the first man with whom she certainly had a sexual relationship following her divorce. There are many others: Norman and Hedda Rosten; Ralph Roberts; Rupert Allan; Allan Snyder; Xenia Checkov, the widow of an acting coach; Sam and Anne Shaw and their children; Inez Melson, her mother’s legal guardian.

Tour work with childhood victims of emotional abandonment and abuse clearly provided an overlap with your interest in Ms. Monroe. Can you expand on that for readers, please?

For thirty years, I have worked with children in the child welfare system who have survived trauma (sexual and physical abuse and neglect) as well as adults with chronic and persistent mental illness. My fellow clinicians who work in the mental health field might see ICON as the longest biopsychosocial assessment summary in history. 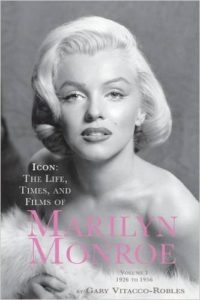 My first position as a therapist was in a program specializing in trauma-informed treatment of youth and families who had survived physical/sexual abuse and neglect and children with sexual behavior problems. I became licensed as Mental Health Counselor in Florida in 1997 and became a Nationally Certified Counselor in 1998.

I intended this research and writing project to serve as a diversion from my clinical work as a licensed mental health counselor and program manager of an outpatient clinic, however, I selected a remarkable subject who only brought me closer to my work.

Marilyn Monroe began her life as Norma Jeane Baker and survived a childhood marked by complex trauma; she was raised in foster homes and an orphanage as a result of her mother’s psychiatric instability and her father’s abandonment.  She battled major depression and bipolar disorder during a time when she had limited treatment options. She survived domestic violence and suffered from endometriosis which resulted in chronic pain and the inability to have children. Marilyn was also the first public figure to openly discuss childhood sexual abuse during a time in history when the topic was minimized, if not denied by the culture at large.

Marilyn also appears to have experienced the symptoms consistent with Post-traumatic Stress Disorder and Borderline Personality Disorder. Marilyn is an illustration of many of the children & adults I have served over the years. My professional expertise and experience allowed a perspective missing in former biographies of Marilyn. I believe it is impossible to accurately depict this woman without the context of her mood, personality, anxiety and substance use disorders. Today we have an abundance of information about early brain development, early childhood social and emotional well-being, and behavioral health issues that allow us to better understand Marilyn and her unique constellation of issues which resulted in the trajectory of her life and early death.

As mentioned earlier, this article is the first in four installments. Please watch this site for related posting of our interview with Author Vitacco-Robles.

Thanks for visiting my web site. While you are here, pleases take a moment to page through the other pages of the site. I invite you to enter your comments in the area provided below.