Egon Wallin, a successful art gallery owner, slips away from his wife and home in the wee small hours of the morning. The day had finally arrived on which his life would change. This irrevocable decision had been a long time coming, author Mari Jungstedt writes in an opening chapter of Killer’s Art. Wallin, however, takes only a few steps into his new life when he meets a fate planned for him by another – his death.

Wallin’s body is found hanging from the Daman Gate, the medieval portal to the city of Visby on the island of Gotland off the coast of Sweden.

Detective Superintendent Anders Knutas heads up the investigation into Wallin’s death. Suicide is ruled out when evidence confirms that the victim was killed elsewhere and his body dragged to Baman Gate to be displayed. Before Wallin’s killer is found, two more influential members of the Swedish art world die mysteriously. Knutas, Deputy Inspector Karin Jacobsson, technician Eric Sohlman and the rest investigative team are stymied until the trail of the killer eventually becomes clear.

The clues that reignite the investigation are unearthed by John Berg, a reporter, who works with freelance photojournalist Pia Lilja. The pair is competing for the scoop on the story.

Jungstedt introduces the reader to the killer in the first chapter. Hatred has invaded his body, she writes, but she does not indentify who the man is. The reader is left to speculate as likely suspects appear one after the other. There is, for example, the man with whom Egon’s wife Monika has carried on an affair for years. Or perhaps it is Sixten Dahl, the owner of a competing gallery in Stockholm.

Following the discovery of Wallin’s body, a prized painting is stolen from Visby’s public art gallery in an extraordinarily daring burglary. To taunt the police, a statue that was stolen from Wallin’s gallery is placed at the scene, prompting investigators to connect the theft of the art treasure with Wallin’s gallery and Wallin’s death – a complex web created by a troubled but brilliant mind.

Killer’s Art has been translated from Swedish into English with an American audience in mind. Only the Swedish locations and names remind the reader that the action is taking place on the island of Gotland in the winter cold and snow. The translation accommodates the American idiom and slang comfortably into the narrative. 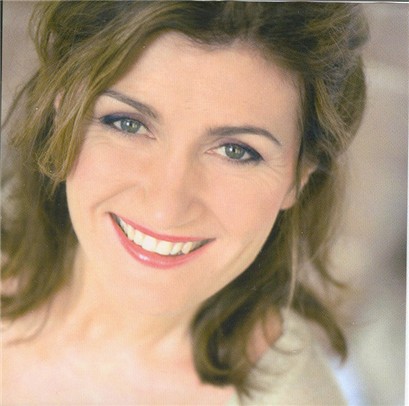 Having a killer on the loose creates suspense. Author Jungstedt, however, subordinates suspense to her in-depth character studies. This focus is justified for the most part as the interaction between the characters becomes the key to the killer’s motives.

Ironically, the one character that the author ignores until the finale is the antagonist, the killer, who remains anonymous until circumstances force his identity to the surface. Jungstedt gives her killer good enough reason to be angry. But as long as he remains an unknown, referred to only in the third-person, the reader is not impressed with the depth of his rage or the anguish of his emotional turmoil. His victims, none notable for living a virtuous life, don’t excite much sympathy either.

The tale winds down in a genealogical muddle that challenges the reader to keep track grandparents, parents and offspring. That acknowledged, Killer’s Art is a well told tale of intrigue and engaging for the complex relationships among the central characters.

This review was originally published in Bookpleasures.com, a web site devoted to reviewing books  managed and edited by Norm Golden.

I invite my readers to check the other pages of my web site and the previously published articles in my blog. Thanks for looking in.