Apologies to my regular readers. I have been tardy with my posts this week. But at least I have closed the gap. Instead of being days late, I have reduced it to just a few hours. By Tuesday, I expect to be back on schedule. Coming to my rescue today with his usual Sunday post is Greg Hohn, my son, who is on the faculty at the UNC Graduate School of Business and a director for Transactors, a Chapel Hill based improvisational theater group. Greg’s topic today is creativity.

Creativity: What Is It and Who Has It?

So in typical business and academic fashion they set out to quantify and measure these things. There’s nothing wrong with that and I’ll be waiting in line to steal their statistics once they come up with them. I just don’t know how you measure creativity and innovation. I’m not even sure I know how you define them.

I will say, however, that it was a fascinating experience for me, a person who considers himself an artist first, to serve on an expert panel discussing creativity and innovation in business and business schools.

Then I started frothing at the mouth.

What I do know of creativity is that it is a process and not so much a quality. It is highly inefficient and requires commitment, patience, and a sense of play to use. And this is true whether you’re a musician, a businessperson, an improviser, or an architect. More than anything else, creativity requires doing.

Jeff DeGraff, a professor at the University of Michigan, presented at the GMAC conference and made reference to a fascinating study. A group of ceramics artists were instructed to create (1) an “ideal” or “perfect” piece and (2) 100 pieces in which the goal was simply to produce the number of pieces without focus on quality. The work of each artist was judged and in each case the piece selected as “best” by the judges came from the lot of 100. DeGraff’s sensible conclusion is that where creativity is concerned, “Quantity is quality.” 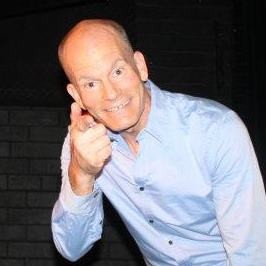 Twice in the past half-year I’ve talked to piano players who don’t consider themselves creative. They’re adept at playing, they both said, but when it came to improvising they were terrible. My response to each was, “Who told you that you were terrible?” Both admitted that was their own opinion, which in my mind, isn’t that valuable. It’s a part of that phenomenon that makes us hate the sound of our own voices when they’re recorded.

Then I asked, “How much time did you spend practicing your piano improvisation?” Each responded that they spent very little time. How could they have mastered improvisation without devoting time to it?! One was heartbroken she didn’t sound like Bill Evans but he certainly worked for years developing his craft and if she had done the same she might have developed a style that equaled his. Or maybe not.

When people tell me I’m a fine improviser, I tend to reply, “After doing this for so long it would be a shame if I weren’t.” Yes, I feel I have some native talent but it is the experience and the work that has made me excel. By comparison, I don’t consider myself a good visual artist but then I’ve spent almost no time at that since the 1970s.

Practice makes perfect? I don’t think so. But practice can make awfully good whereas aiming for perfect—as DeGraff’s illustration and my experience as a performer, director, and teacher suggest—doesn’t really help.

Sticking Around for the Bad Stuff

Commitment means that you’re sticking around for the bad stuff. It makes sense to say you’ll be around for the good, whether it’s a relationship, a job, or striving to be more creative, but commitment means you’ll stay with it through the fights, the small bonuses, and the poems you really hate.

Committing to creativity—and its byproduct, innovation—means you’re willing to accept that you might not wind up where you want go. It means a lot of work might wind up at a dead end. The only guarantee is that the more you work at creativity, the better you get at the process and the more likely it is that you’ll create something wonderful and new.

Create your 100 pieces and trust that something tremendous will be among them. Try to enjoy the process. I can’t prove it but I believe that creativity flourishes best in an environment that is fun, free, and without pressure. I also believe that there aren’t “creative” and “uncreative” people, just people who create and people who don’t.

And just as creativity is more about doing than being, a process rather than a quality, don’t be so naive as to expect that someone or something like a book will teach you to be creative. Anyone or anything that promises that is a sham. The responsibility rests on you. A good teacher asks good questions but the real answers must come from the student.

So what are you reading this for? Get out there and create something!

Greg’s Bio and Other Notes 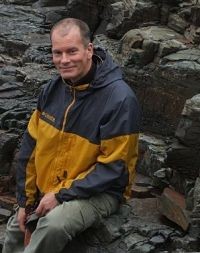 If you enjoyed this post, I invite you to wander through the other pages of my wed site. Please feel free to comment also. I would appreciate hearing from you. You can also subscribe to the regular postings on this site by clicking on the RSS icon below and subscribing on the RSS page.