Bunker Hill: A City, a Siege, a Revolution by Nathaniel Philbrick came out in the hardbound edition several months ago. Its publication was enthusiastically received by critics. Release of the paperback is the same a great read for anyone interested in a compelling page-turner about the beginnings of our nation and the personalities who harnessed the unrest among the citizens of the colonies and guided them toward an orderly, if violent break, with England. All the praise that the book has received is deserved. Bunker Hill is a tale exquisitely told, rich with detail, and brimming with insight into the character of the time, the leaders who sought to influence the course of events and the many in the crowd who chose to follow them. The downside for a reviewer at this late date is that there is little to add to what has already found print.

Americans know the legend of the revolution. For most, it starts with the Boston Tea Party. Then, suddenly, Paul Revere rides off to warn the residents of Lexington and Concord that the British are coming. “One if by land; two if by sea.” The Minute Men gather on the green at Lexington and then at Concord to face the Red Coats, disciplined, battle hardened veterans in the service of the king. Standing in the ranks to oppose them is an heroic undertaking by farmers and tradesmen. At least, that is how it is remembered from high school history texts, a simplistic overview often reinforced by The History Channel, politicians and other perpetrators of the myths behind the birth of our democracy. Philbrick puts everyone straight.

Bunker Hill; A City, a Siege, a Revolution, cover

Freedom was not uppermost in the minds of the men and women who rebelled against the crown. Liberty was. Freedom was only the right to do as one wished. Liberty stands much higher. Liberty springs from the breasts of the hardy souls who left the comforts in Europe, meager as they may have been, to forge a new life out of the wilderness with their own hands and crude tools. Liberty is a fierce synonym for autonomy and that teetered more than once on the brink of  anarchy.

At a time when the intellectuals of France were worried whether the peasants were wise and savvy enough to govern themselves, the men of the new world skeptical that anyone was qualified to govern them.

Philbrick pays homage to that spirited quest. It is surprising, in fact, that the Yankee temperament chose to follow their leadership, which as it turns out, some on occasion refused. There were many skirmishes before and after the Boston Tea Party before full scale conflict got under way. The colonial leaders were not always clear on what they wanted and were plagued with an ambivalence over breaking off completely from England. Benedict Arnold changed sides in his uncertainty and is reviled as America’s first traitor. He was not alone. There were others.

Through it all, the siege, the incredible back-breaking work to fortify the hills around Boston, the willingness to sacrifice, Philbrick presents a clear, indelible image of men like Joseph Warren, Samuel Adams, George Washington, Thomas Jefferson, Benjamin Church and many others. The path to revolution was neither straight nor clear to the brightest and the best of the age. 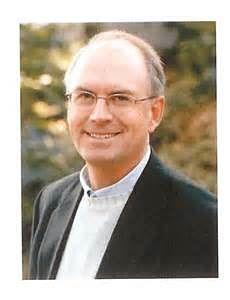 Philbrick’s narrative cites the contribution and sacrifices made by African-Americans. Prince Estabrook became the first African-American casualty in the Battle of Bunker Hill. Crispus Attucks, an African-American sailor, was the first to die in the Boston Massacre. The slave-owning leaders of the revolution saw freedom, however, as applicable only to the whites. At the time, liberty was seen as intended only for free men.

The battle itself, as most know, did not take place on Bunker Hill at all but on Breed’s Hill. What is seldom footnoted is that the entrenching on Breed’s Hill brought the colonials under fire from the British warships in Boston harbor. Bunker Hill, safely out of range, was intended as much as a taunt to the British as it was a call to battle.

The colonial soldiers are often depicted as an unruly rabble, as if that heightens their achievements. To the contrary, many were veterans of the French and Indian War, crack shots with their mussel-loaders and accustomed to the strain of being under fire. None other than Washington, an aristocrat from Virginia, grew to understand and appreciate the Yankee fighting man’s temperament. Not to be forgotten either is that when these sharpshooters drew a bead on an advancing Red Coat, the target could likely be a former comrade in arms from the French and Indian war.

Bunker Hill showcases the author’s exhaustive research. It is a must reading for every American who wants to understand the more about how our nation began and why many of the issues of that time are with us today.

Thanks for visiting my web site. While you are here, I invite you to look through some of the other reviews I have written and other pages of this site. Deadly Portfolio: A Killing in Hedge Funds  is available in paperback and on Kindle through Amazon. This review was initially posted on bookpleasures.com.