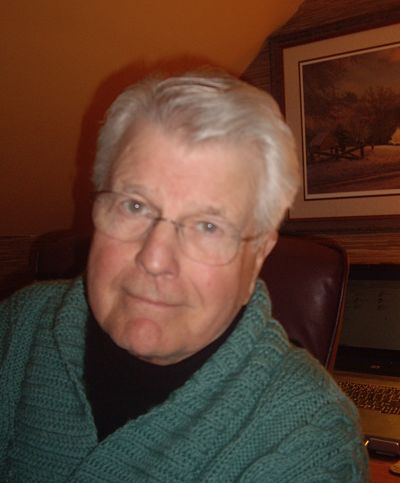 Barter Theater’s Stage II performances of Driving Miss Daisy continue through November 15. Go see the show!. If you have other commitments, cancel them. Driving Miss Daisy at The Barter Stage II is a once in a life time opportunity not to be missed. You may think you know the story from the movie starring Jessica Tandy, Morgan Freeman and Dan Aykroyd. But there’s no way the two dimensional silver screen, or worse, the flat screen set in the living room regardless of size, can match the intimacy and power of seeing actors at the top of their art perform this amazing play in the round.

Mary Lucy Bivins is a memorable Daisy. As the show opens, she is the consummate woman of her era, the 1950’s, as she is overly concerned about appearances and what others think. A widow, she is near the top of 1950’s Atlanta society, and oddly, uncomfortable in her affluence as she reminds others of her family’s poverty when she was a girl. Her pettiness attests to the rigors of growing up poor. Bivins plays her to perfection. Daisy denies being prejudiced after reeling off a litany of stereotype traits that she finds true of all black people. Daisy equates racism to hatred. Daisy doesn’t hate anyone. Thinking less of people because of their race, however, is another matter entirely in her mind. 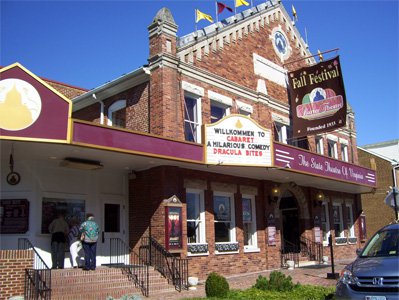 Daisy’s African-American chauffeur, Hoke, is superbly played by Jasper McGruder. The audience realizes quickly that Hoke, though illiterate, is smarter and wiser than Daisy. He accepts her stubborn rejection of his services and her slights until she finally relents and allows him to help her. When Daisy discovers Hoke can’t read, she reciprocates by helping him master the skill. The common ground between Hoke and Daisy is struck more profoundly when they discover together that the temple has been bombed. Daisy does not want to believe it. Hoke, however, recognizes her victim-hood as something in common with his own. He has dealt with hatred all of his life.

Bivins is superb. She presents Daisy with all of her mannerisms, speech patterns, and nervous tics. The result is a toughly credible and moving performance. Daisy is the last of a vanishing breed, the pampered, sheltered woman of the house. Her role is enabled by her son Boolie who, despite his frustrations with his mother, looks after her dutifully. The height of Bevin’s performance is reached when, late in the play, she slips mentally back into time and frets painfully about disappointing her students. Her anguish is wrenching. Older audience members feel compelled to reach out to her and comfort her. Her fears and crushing remorse over imagined failings become a vision of what could lie ahead to the dreaded of all seniors. Hoke, rather than coddling Daisy as she has been most of her life, appeals to the woman’s stronger core and demands that she snap out of it.

McGruder is every bit the match to Bivin’s Daisy. Steady, patient, kind and selfless, Hoke takes charge of Daisy welfare. He plays Hoke with a strong, quiet dignity and becomes a commanding presence on the stage. Theater in the round is the perfect venue for an actor of McGruder refined skills. I sat within three feet of his performance. Everything about the actor – his eyes, his posture, his tone of voice, and his gestures – were thoroughly Hoke, clearly a man of generous spirit and hard-earned wisdom. Hoke is no Uncle Tom. He may acquiesce on trivial matters, but he staunchly defends his rights, his values and his prerogatives on matters affecting his dignity and pride. 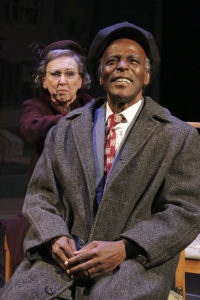 Director Richard Rose puts the story of the relationship between the black man Hoke and the white Jewish widow Daisy on a precarious line in many respects. A fragility in the balance keeps the audience enthralled. At one point, the message seems to be that love needs to be protected by convention. How else account for Hoke’s devotion to Daisy and Daisy’s late-in-life delight with his company? As long as both know their place, then affection and care is possible. Surely, however, Playwright Author Alfred Uhry is not suggesting that social boundaries need to be respected in order for caring friendship to flourish. His message is more subtle, and Rose captured it by calling for restraint in his cast’s performances. The script could open itself up to thigh-slapping humor and serious social indictment, but Rose avoids these excesses and the show is much the better for it.

The message of Driving Miss Daisy is that love is always possible, despite differences in background, social standing, religious convictions, or race. It is possible when patience and understanding take a hand and little is at stake except the appreciation of another human being for who he or she happens to be.

Lighting Designer Camille Davis makes the stage seem many times larger than actual. Derek Smith’s set design hints at the vanishing Victorian era in architecture, thoroughly fitting given Daisy’s slow decline as her vitality fades with age. All of the actors age convincing, almost painfully in the case of Daisy and Hoke, as the play progresses – an achievement that the make-up artists backstage and costume designer Lee Alexander Martin deserve recognition.

This review was initially posted on the web site of bookpleasures.com, Norm Golden’s wonderful web site that provides exposure to self-published authors.

Thanks for visiting my web site. I invite you to look through the other pages and enter a comment in the area provided on the “Contact” page. My novels, Breached and Deadly Portfolio, are available in all eBook formats and in paperback. Breached can be ordered through your local bookstore. The same will be true shortly for Deadly Portfolio. Both are available on line in paperback or ebook  format.