Truth in the therapist’s office is an elusive thing. I could go all week convinced that I no longer wanted to return to my marriage. I missed my children very much. But every time I checked in with them they were doing fine. They were so accustomed to having me gone that it was normal for their day to begin and end without seeing me. When my wife started bringing guys into the home, they took it right in stride. I was the only one suffering the consequences of separation, or so it seemed.

To overcome my lonesomeness, I taped pictures of my children to the kitchen cabinets. On returning home one night, I poured myself a stiff one and began to grieve. I’d look at the pictures and miss each one of the kids and when we were a family unaware and unthreatened. We were like a lot of families, going from one day to the next, taking life for granted, overcoming the problems, only to awake one day and realize that a chapter had come to a close. We could never go back, but we could remember it as we pushed ahead confident of the continuity in our lives.

Someday we’d enjoy recognizing not only that we had all grown older but also that we had lived through something special with one another, something time had taken away from us, but once taken, became incorruptible. Our days and months clustered as in an era, each with its own distinguishing character like a theme. It could be as simple as when we lived in a certain house,  or perhaps the fellowship at the church where we belonged. “Oh, gee, remember that time we were all so excited about moving to Detroit.”

I missed those days. I knew who I was then. Or at least, I was content in letting the roles I filled define me. I had a sense of the future and a sense of purpose. Now confusion reigned. I didn’t know my wife any more. I had seen a side to her that I never knew existed. She didn’t appear to regret the separation. No grief in her brown eyes. We had grown accustomed to sharing our feelings. That was gone. I was alone, alone as I never thought I’d ever be, in a dingy furnished basement apartment instead the home with my children laughing as they prepared for bed. Futility flooded my rooms with the darkness at the end of the day. 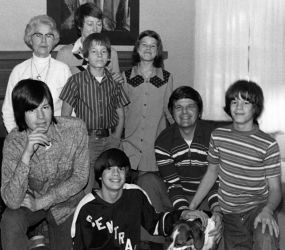 I didn’t pine for my wife’s company. She had moved out of my life. She was dating other men. My 12 year old son, in all apparent innocence, invited me into the house one night only for me to find her entertaining a man in the living room. I backed away and left before she knew I was there, though I had to wonder about my son’s motives. Perhaps he wanted to see what kind of trouble could be provoked by my unexpected appearance. More likely, he just didn’t give it a thought. Whatever the case, in those brief moments, I realized our house had become hers. Nothing belonged to me any longer. The new furniture we bought was being systematically shredded by the two household cats, and nobody seemed concerned enough to stop them. The ripped up furnishings were a metaphor.

But it wasn’t a clean break, even after all the months apart. I could be alone all week and reach moments of fragile resolve. The panic attacks were less frequent. Then, I’d see my wife’s Ford round the corner, and my heart would leap up as it did when I was a teenager – one of those take-your-breath-away moments. That surge of feeling meant something. Fear? Anger? Love? I didn’t know. My head was in one place and my heart in another.

I never resolved my ambivalence. The chance was taken out of my hands when my wife called a halt to everything. She didn’t want to try any longer. Her final decision came while we were working with our third counselors, a couple of my wife’s choosing who practiced co-joint therapy. After spending weeks with them on her own, I was invited to join in. It was the first indication from my wife that she wanted to work things out. During these final sessions my ambivalence returned, but I didn’t report my confusion in the counselor office.

Yes, I’d admit, I wanted things to work out. Yes, I still wanted to work on our marriage. I didn’t want to be the bad guy, the one to walk away. No wonder the psychologists found working with us a challenge. My feelings felt true in the moment but ,once away from the therapeutic setting, my doubts returned. There had been a time when rolling back the clock was all I wanted. Now, that was unrealistic. 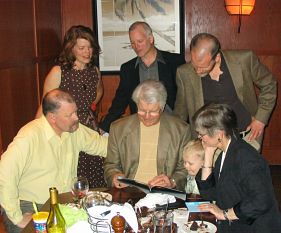 Restoring trust in our relationship seemed impossible. I don’t think I have known moments in my life when I was fully aware of my motivation for doing anything. Yet here I was negotiating my future in the therapist’s office, and I couldn’t trust my own feelings. I should have admitted, “While I’m here I feel one way but as soon as I walk out the door, I know I will feel differently.” I was letting circumstances control me. I needed to commit. I needed closure, as much for myself as for everyone else involved. I wanted to hear an expression of regret or sorrow over what had been lost from my wife – something that resonated with what I was living through. I wanted to feel safe again. I wanted her to do as she felt prompted on her own. Perhaps she sensed my ambivalence and that’s why she walked out. She didn’t appear to regret anything. When she didn’t grieve, I resolved not to show her my anguish. She was no longer entitled to see it.

I knew attraction drives a couple in their relationship and culminates ultimately in committing to one another. It didn’t appear that it was there for us. We had to move to a different place. We had to substitute hope and goodwill for desire and trust. We could never again ignore what we had learned about one another. We needed to find the faith in one another to try again. Trust would take time, lots of it. Every late night return from work would require an explanation. Every out-of-town seminar, a full report. The only reason for taking the shot was that it was our best chance at happiness – not for the kids, not for our parents, but for us. Putting an end to the pain was not enough. Neither of us were fully aware of what it would take. Guarantees are never part of any proposition, but promises would have to be kept. I had lost faith in her. I had no faith in my own ability to cope with a fresh start.

Gone forever was the dream that together, despite the troubled beginning to our marriage, we could make things work. We’d be the happy, liberal couple with the beautiful family. We had been dear, trusting friends. We lost our sense of magic – the faith that because we wanted it we could make it so. However laughable that may have been to others, it was purity itself to us. Time eventually would wash away our simple script. We would not have noticed it being carried away. But our lives had collapsed in crisis. We were suddenly part of the world we had tried to hold a bay. Our effort alone was cause enough to mourn. Our youth was all but spent.  If we needed to acknowledge all of it – the richness of the days as a family together and the depth of the love that once existed between us, then despite the anger and the hurt, we might look at one another to see if hope remained. We didn’t. We walked away, wept alone, and moved on.

Thanks for visiting my web site. To gain perspective on this posting, please refer back to several previous articles. I also invite you to look through the other pages while you are here and please consider entering your comments in the area provided below.